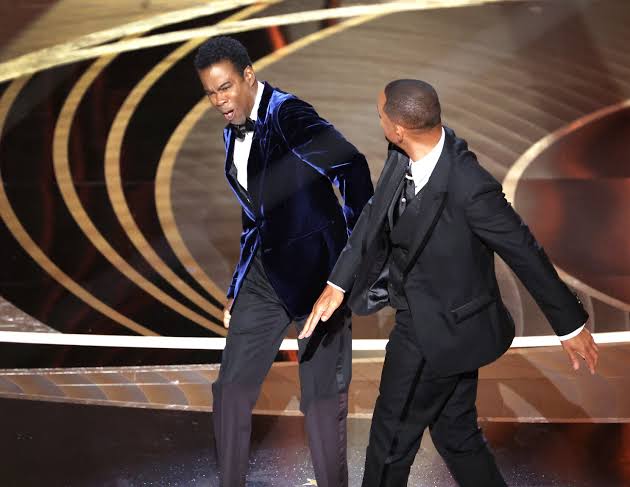 After Will Smith slapped Chris Rock at Sunday’s Academy Awards over a joke Rock made about Smith’s wife Jada Pinkett Smith, interest in the comedian’s Ego Death tour has skyrocketed, with ticket prices surging on the resale market.

Rock, who has not yet commented on the incident, will make his first public appearance in Boston on Wednesday for a set of sold-out shows in the city through Friday.

On resale platform StubHub, tickets for Wednesday’s first show ranged in price from $825 to $1,705, much higher than the original $51 to $71 they were sold for on the venue’s website, and the $125 to $399 they were going for on the site Tuesday, according to the Boston Globe.

On resale platform StubHub, tickets for Wednesday’s first show ranged in price from $825 to $1,705, much higher than the original $51 to $71 they were sold for on the venue’s website, and the $125 to $399 they were going for on the site Tuesday, according to the Boston Globe.A representative for StubHub told Forbes the site experienced over 25 times the daily ticket sales for Rock in the last two days than they have in the last month, and cumulative sales for Rock’s shows in the last two days have been more than the entirety that were sold in March.The average price of ticket sales increased from $150 to $200 a ticket to roughly $250, the StubHub spokesperson told Forbes.After Boston, Rock will perform in Atlantic City on Saturday to a sold-out crowd, and then later this month in Reno, Nevada; Hollywood, Florida; Durham, North Carolina; Bethlehem, Pennsylvania; and Baltimore.

“At this stage in his tour, on an average day, we’d expect to see a spike in sales in the 24 or 48 hours prior to a show date as last-minute sales roll in, but it is incredibly unusual to see the spike we have experienced,” StubHub spokesperson Mike Silveira told Forbes.

While presenting at the Oscars, Rock ad-libbed a joke about Jada Pinkett Smith and compared her shaved head to G.I. Jane. Pinkett Smith has hair loss caused by auto-immune disorder alopecia. In response to the comment, Smith stormed the stage and slapped Rock across the face, and yelled at him to “keep my wife’s name out your f**king mouth.” Rock declined to press charges with police Sunday. The Academy launched a formal review of Smith’s conduct Monday, and Smith later issued an apology. Academy president David Rubin and CEO Dawn Hudson wrote in a letter that deciding on “appropriate action” for Smith could take weeks, according to CNN. Smith could be prevented from attending future Academy events or from receiving awards.

Episode 2: Keeping up with the Mudyirwa’s: Shingi & Laurian’s wedding highlights