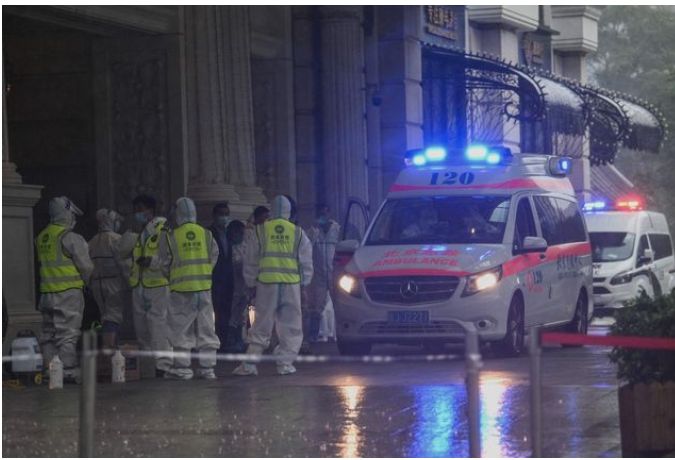 BEIJING—Hundreds of people were removed from a luxury hotel in central Beijing and quarantined after a member of a group staying there with Zimbabwe’s vice president tested positive for Covid-19, hotel guests and authorities from both countries said.

The case has raised questions in China, a close ally of Zimbabwe, about whether authorities kept information about the infection from the public. The infection hasn’t been listed on the country’s national list of coronavirus cases.

Zimbabwe’s vice president, Constantino Chiwenga, who also serves as health minister, arrived in Beijing by chartered jet on July 23 with four other officials to receive medical treatment for a throat problem, according to officials with the Zimbabwean health ministry.

Two members of Mr. Chiwenga’s initial entourage were unable to join the trip after testing positive for Covid-19, the officials said, adding that the vice president and others who traveled with him had received two doses of a vaccine made by China’s Sinopharm.

A senior Zimbabwean security official confirmed that a member of the group tested positive after arriving in China, but said it wasn’t the vice president.

Audio: Ginimbi’s Mansion and Cars to be Burnt to the Ground, Family Decides.