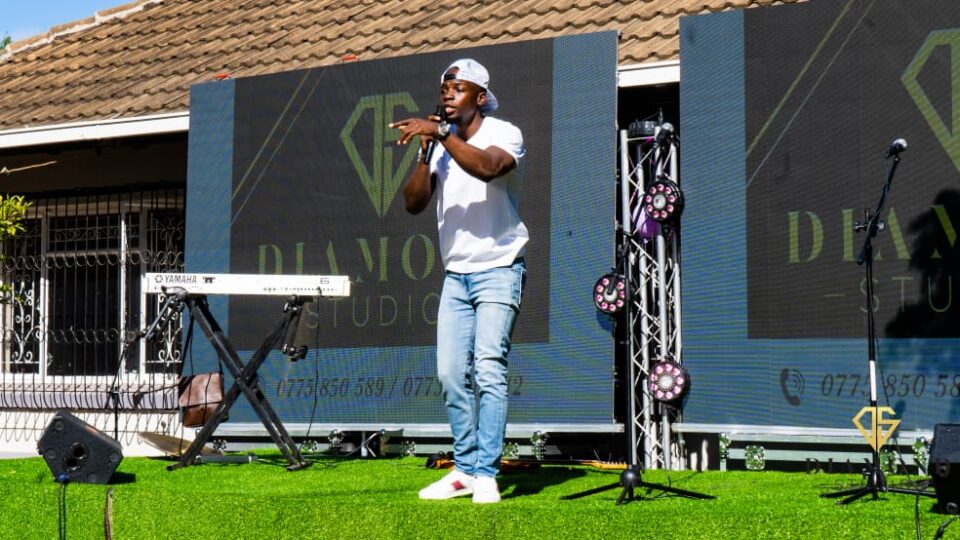 Christian Kruz Kagona the son of the founder of Bundu Boys, Rise Kagona has released a song Ndakakuudza. Kruz took advantage of the Seminar where the International Legend Robert Kool Bell gave a lecture about International opportunities. The seminar was hosted by Diamond Studios.

Surely it runs in the veins as Kruz was recently signed by Diamond Studios. According to Mr Munyanyi the Director of Diamond Studios, Kruz is going to benefit from the partnership between the American Legend Robert Kool Bell and Diamond Studios whose goal is to develop local talent for international touring. It’s very true that Kruz is following in the footsteps of his father Rise Kagona who together with Bundu boys toured the world. Ambassador Mutsvangwa reiterated the same when he officiated at the event held at Diamond Studios base in Marlborough.

Kruz had a privilege to perform before the American Legend. His sweet melodies coupled by an angelic voice left the audience in awe. Kruz shared the stage with Desolo B, another Diamond Studios signing. Desolo B and his VIP Band delivered a world class performance that led Robert Kool Bell to nod his head in rhythm to the Rumba. Brendon the Ghost surprised the audience by his confidence. You can hardly associate his age to his maturity on stage. The 14 year old Diamond signing gave the participants a challenge as he performed a rendition of Robert Kool Bell’s song.

The occasion was graced by Mark Ngwazi, Agga Nyabide and several other Musicians who took notes from the American Legend Robert Kool Bell. Lastly it was that auctioning of Kruz’s latest offering single that left the local musicians with envy. Robert Kool Bell bought Kruz’s CD for an undisclosed amount. It was Kruz’s smile that betrayed that he had received more than he had bargained for.