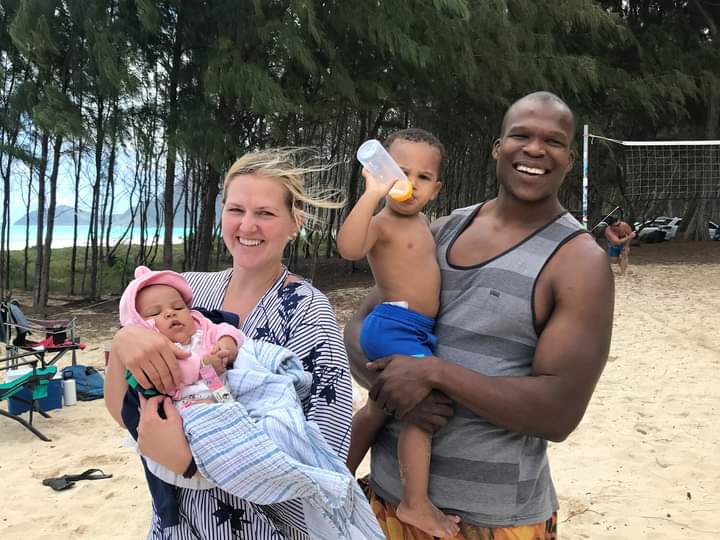 Social media has gone crazy over the events that took place in Hawaii. Hawaii police have released body cam footage from the officers who responded to a call out that ended in the death of KwaZulu-Natal rugby player, Lindani Myeni.

Myeni, who lived in Hawaii with his wife and their two children, was 29-years-old, unarmed during the incident and did not have a criminal record.

According to Hawaii News Now, on Wednesday, officers responded to a report of a burglary in progress at a home in Nuuanu. The person who made the 911 call, said a man was sitting in a vehicle parked nearby and identified him as the suspect. The caller said the man had been exhibiting strange behaviour.

Myeni sustained a gunshot wound and was rushed to hospital where he later died.It is unclear if an actual robbery took place but police have come under fire for their behaviour during the ordeal.

His wife Lindsay Myeni wrote this on her social media pages:

They shot my king 😭

He went for a drive to clear his mind after a fun family day. His green card interview was next week.

How can you justify that?!

What happened in 18 MINUTES??

What do I tell my babies when they cry for him????

He has my heart. I will never find a perfect love like him. He was indescribable. He’d grown into a noble man. Righteous but not self-righteous. Loving and wise. He was too good for this broken world.

He was born at Queen Nandi hospital and passed at Queen Emma’s hospital.

We need justice. They must release the body cams and show us what happened.

Why are three trained officers afraid of one unarmed man?

They just left me a widow at 29 with two babies in diapers you gotta be f kidding me.

Trevor Noah and Minka Kelly Were Recently Spotted Together for the First Time!