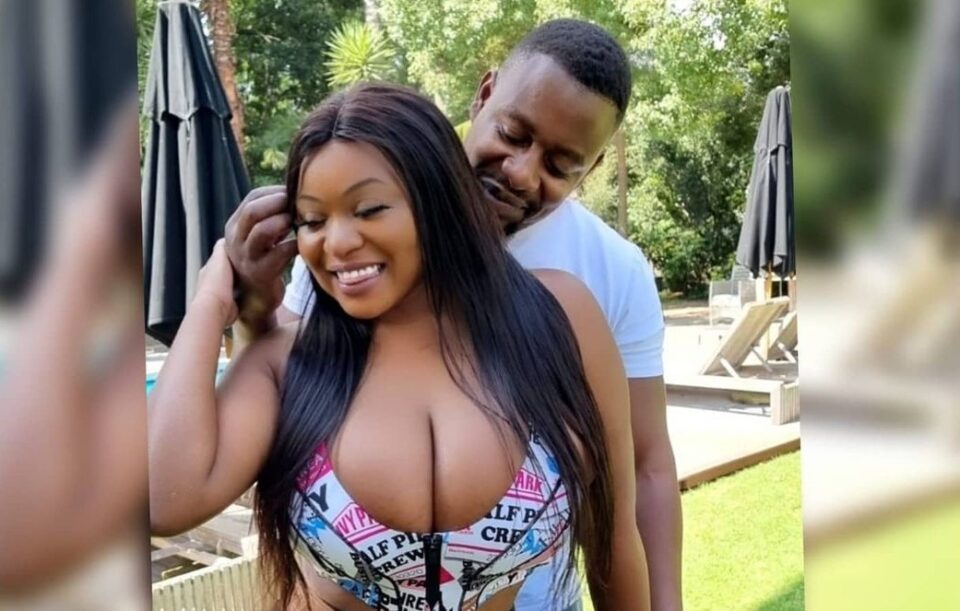 While some social media users are speculating that the money Hell Commander used to buy MsShally a brand new Range Rover is coming from the laundering of the late Ginimbi’s secret stash, new evidence showing that the car wasn’t even bought has arrived. However, we don’t really know whether this video actually proves that the whole incident was just a shady charade. If it was, we should possibly gear up for more shady charades as they both try and cover up this expose! Compare the video below with the one of MsShally receiving the Range here. Is it the same car sales shop? If it’s the same shop could it be that they bought the Range Rover and the shop owners replaced the empty space with another blue Range Rover? Meanwhile, Hell Commander did buy himself a brand new 4x4 lamborghini and parked it alongside the one he already had. (See below) Or is this another shady charade? I guess unless he shows us documentation for the vehicle like the late Ginimbi used to do we will never know. One would then wonder if he could buy himself a brand new lambo, and then pretend to buy his loved one a car, how low can MsShally stoop to allow herself to be publicly set up for humiliation so soon after she was already humiliated by his open affair with 1Njuzu? One would then wonder if she has any self esteem left? Meanwhile I don’t think MsShally is going to be able to create another Ginimbi out of Hell Commander. I’m sure that’s what she’s trying to do hence all the cheap publicity stunts. But noone will ever be like Ginimbi. So maybe they should try and tell a new story. Their story. Instead of trying to parallel Ginimbi’s story.