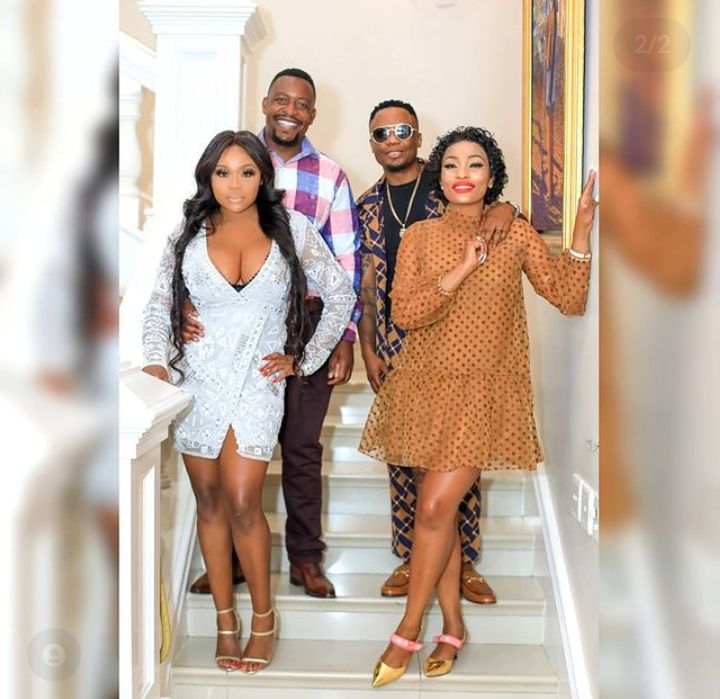 Did you hear all the drama that occurred this past week between MsShally and 1Njuzu? Well if you were late to the party, here’s a quick update. (Watch all the videos and leaked pictures of MsShally’s alleged nudes below) MsShally, who was Ginimbi’s business PR manager, is dating one Trevor known as The Hell Commander on Instagram. (I know right?? That name though???!) 😮😮They both posted pictures of themselves together last week, being all lovey dovey! Ncaaaawwwww! 🥰🤗However, Trevor then decided to visit Capetown, and whilst there, hooked up with one lady who calls herself 1Njuzu on instagram. (I knowwwww right??????🙄🙄🙄) Little did he know (or perhaps as others have suggested he did know) 1Njuzu was secretly recording live Instagram videos of herself and Trevor together in Capetown. She posted several pictures of herself in the One and Only Hotel, which is the hotel he was also staying at. After all the drama blew up on social media, MsShally flew to Capetown and demanded that 1Njuzu returns her man, and she left with him. Trevor then apologized to MsShally on DJ Tower’s Instagram live, who then appeared on the Instagram live and gave him a big kiss! Meanwhile, 1Njuzu had told told a friend that when MsShally had flown to Capetown, she had gone ballistic and demanded he leave with her or else she would drop all the business endorsements that she had laid out for him. I guess we know that Trevor chose money over hoes because he did go back with MsShally, and here they’re seen on what seems to be a double date with DJ Tira and his woman Gugu Khathi. Could this be one of the business endorsements MsShally was referring to in her threats? We’ll never know. But what we do know is that although 1Njuzu tried to do damage control by calling it a skit, it seems rather absurd for a person who is on the Forbes list and carries different business accolades to destroy her integrity and self respect by putting together such a skit that also exposed her nudes. If you have time and a cup of tea, enjoy the drama put together below:

First video: 1Njuzu massaging Hell Commander behind MsShally’s back. (Did he look into the phone camera? Someone else was in the room recording all this…..it would seem Hell Commander may have known he was being recorded but did MsShally know?)

Fourth Video: Watch 1Njuzu first mock MsShally then later saying it was a skit. What? A skit that involved the leaking of MsShally’s nudes??