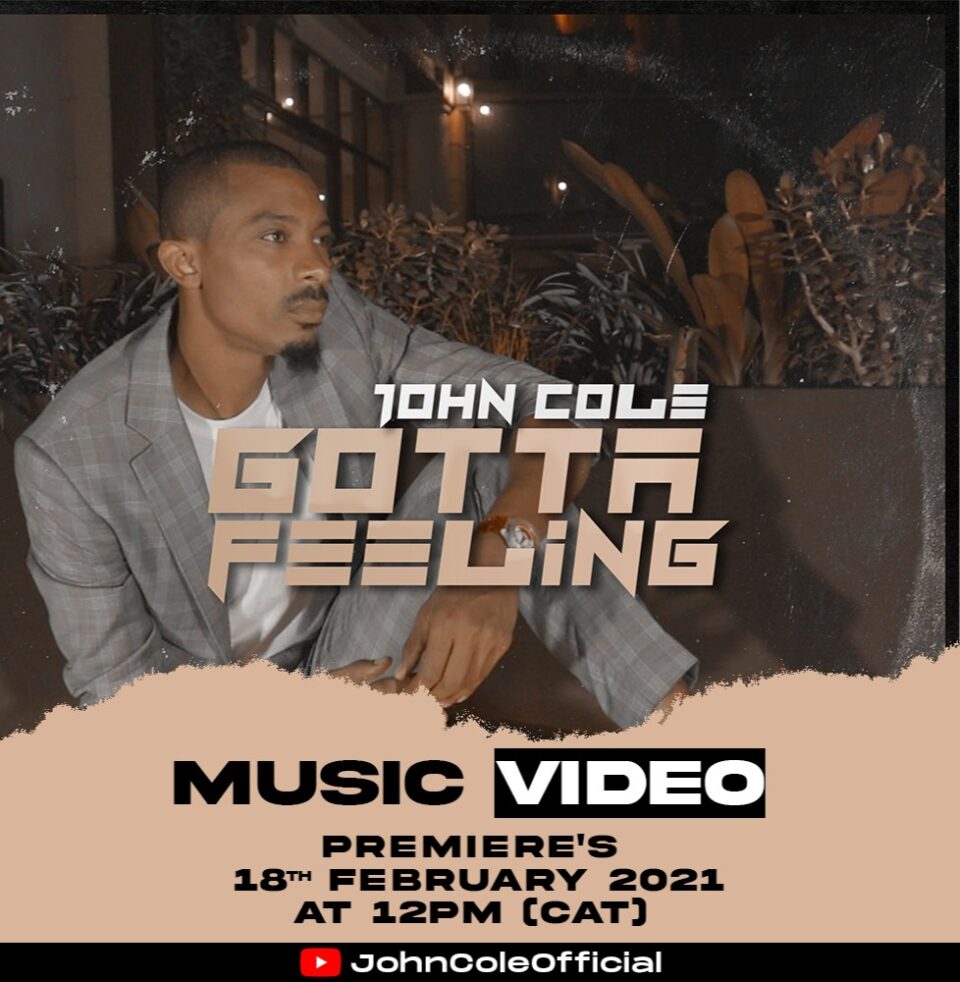 Multi award winning performing artist John Cole has long been revered by the  Zimbabwean entertainment industry for years and he has not failed to deliver whopper after whopper of surprises. Like him or not we have had to take our hats off to him for the strides he is making in the industry. 2021 is no exception starting off with a nomination for a Zimbabwe Music Industry Award (ZIMA) for his collaboration with DJ Naida for the Best Dance/House/Kwaito song for the track “Tamba”.

John Cole has teamed up once again with his producer of note Chiweddar, and  a “can’t stop, won’t stop” offering was birthed. Gotta Feeling is a dance song that is best described as Afro EDM. John Cole and Chiweddar have fused John’s harmonic  voice with  electrical pulses that are  on an afrocentric base.

From the time that his late mother introduced John Cole to Michael Jackson at a very young age, he avidly followed the pop icon, his songs and more so his dance moves and onstage performances. The Michael Jackson influence can be seen throughout the video which was shot in Johannesburg (Sandton City), South Africa. John Cole mixed Michael Jackson moves with several African dance elements like the Zimbabwean Sungura aka Borrowdale and the South African Gwaragwara among others. The video was shot by Absolom Gonzalos and edited by Dominic Mamhiyo aka Ghost. We witness John gliding through the video all in a specially designed  suit by the elite South African based tailoring house of Hammersmith Tailors, who have the exclusive Saville Row elegance and seamless excellence that enabled John Cole to pop, snap and shuffle without the slightest fear of unceremoniously ripping his form fitting ensemble.

John Cole about the track,

“Those that know me, know that dance lives in me and I live in dance, so my music is always about getting my audience to get into the groove. Gotta Feeling is the 5th song I have done, but my 1st which is not a collaboration, which gives it a special place in my heart and career. I need to give major props to my producer Chiweddar, who once again has really come through for me”.

Watch: Dr Says Chinese Vaccine Will Be Tested on Zimbabweans

Pokello Introduces Us To Her Baby Sister!