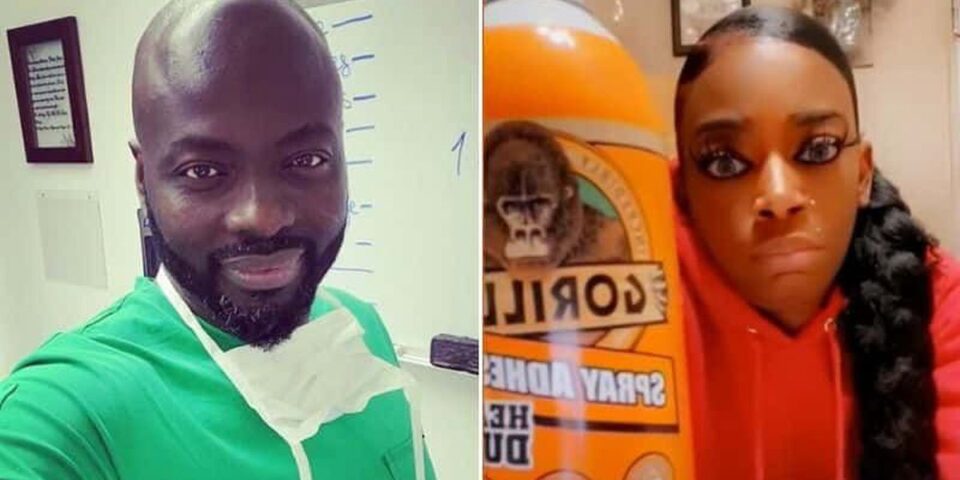 Tessica Brown used guerilla glue to gel her hair when she had run out of the appropriate hair products to use a month ago. The guerilla glue, which is not meant for hair, permanently stuck her hair to her sculp and throughout the month she had tried everything, but could not remove it. Finally, a Ghanaian doctor living in America, offered to help her for free, even though the surgical procedure would have cost her USD12500. Dr Michael Obeng is a Beverly Hills plastic surgeon.

He created a solvent using products that are easily obtainable. He experimented on a dummy first using real human hair. He used different mixtures and experimented all night long until he got the right formula. He used adhesive/glue remover, aloe vera, olive oil and a touch of acetone. He said that’s all it took to break down the polyurethane — the main ingredient in Gorilla Glue.  Brown travelled from Luoisiana to Los Angeles on Wednesday morning, the 10th of February, for the four hour procedure. Watch: