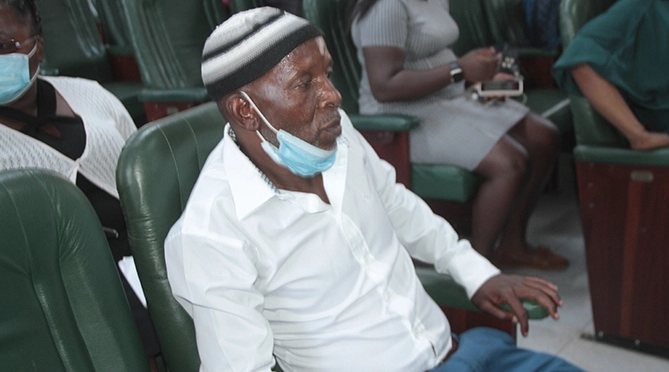 The courts have finally concluded the ruling concerning who gets the burial rights for Michelle Amuli. The judge said that since Mr Amuli raised her and was her sole custodian, he chose the Muslim religion for her. Since 2013, when she became an adult, she did not openly renounce the Muslim religion. She did not leave a will stating what her religion was, and does not have a husband as a legal guardian. The judge also stated that Moana’s mother, Yolanda Kuvaoga, was absent from her upbringing and so it was Mr Amuli’s constitutional right to choose. One year that she didn’t speak to her father is nothing compared with the 25 years they were in good books.

Michelle Amuli will be buried on Saturday the 28th at Warren Hills cemetery at 1pm. Ms Yolanda was concerned that she’d be excluded from the burial according to Muslim custom, but Mr Amuli said women are the ones who bathe and dress the body so she will be very much involved in the burial. The judge emphasized that both parents must be involved in the burial, and that there’s nothing wrong with washing the body of the deceased before the burial. Furthermore, Moana’s body is to be transported in a casket and the casket is to be discarded at the cemetery and Moana’s mother will decide what happens to the casket thereafter.

Her parents have been involved in a terrible battle over who is to be given the burial order as they were separated from the time Moana was 8 months old. Moana’s mother, Yolanda Kuvaoga, left Moana when she was 8 months old to be raised by her father. Moana had stopped talking to her father 2 years ago, after he had slapped her for allegedly being too wild. She then began to build her relationship with her mother at this point, and after she passed on, her parents had been involved in a bitter fight over who gets to plan the burial proceedings. Moana’s mother had gone as far as accusing her ex-husband of raping her as she was 15 years old when she got pregnant, and also accusing his son (Moana’s brother) of allegedly raping Michelle. The court did not address these issues but rather awarded burial rights to Moana’s father. Click below to follow live updates of court proceedings: @hmetro

JUDGE: Amuli raise her and was her sole custodian and he chose the religion for her

Ginimbi’s Gas Tanks Explode into Flames and Burn Down