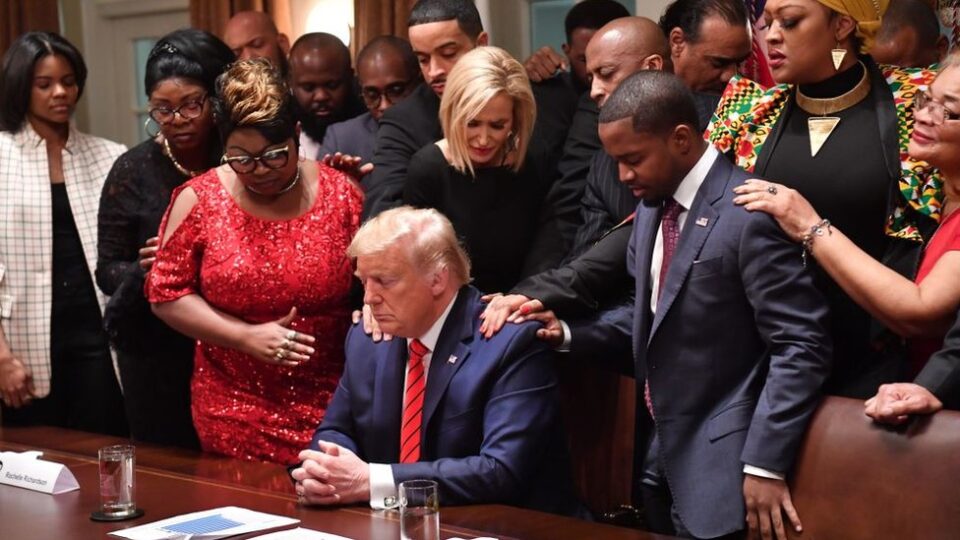 Tired of being asked why as a Christian, you’re supporting Trump? (I know I am!) Well, below is a detailed outline from whitehouse.gov on why Christians from all over the world have been praying for Trump and supporting him despite the following obvious decisions that Trump has made concerning Christianity, including;

The whitehouse.gov site has also outlined, in full detail, everything Trump has done for the Christian community during his term in office:

PROMOTING EQUAL TREATMENT: The Administration is working to ensure that our Nation’s religious organizations are treated equally by the Federal government.

STANDING UP FOR RELIGIOUS FREEDOM: In his first year in office, President Trump has taken strong action to restore the foundational link between freedom and faith in the United States of America.

PRIORITIZING RELIGIOUS FREEDOM IN THE ADMINISTRATION: President Trump has issued new policies to ensure religious freedom is a priority throughout the Federal Government.

PRESERVING THE SANCTITY OF LIFE: President Trump has stopped the attack on pro-life policies, implementing policies to enshrine sanctity of life as an American value.

BRINGING RELIGIOUS GROUPS BACK INTO THE FOLD: President Trump has made a consistent effort to reach out to religious groups and partners to bring them back into the policy making process