Trevor Noah and Minka Kelly Were Recently Spotted Together for the First Time! 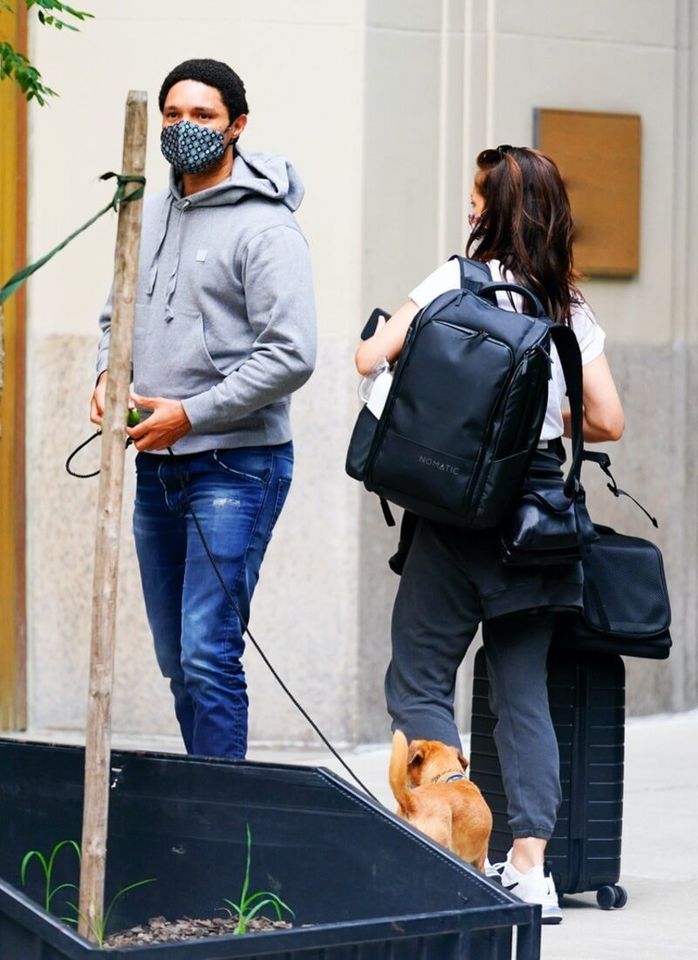 According to multiple reports, Trevor Noah has found himself a lovely lady, Minka Kelly. The pair have been spotted together for the first time recently. They have been keeping their relationship a secret for several months and have been quarantining at Trevor’s NYC apartment. Wow….did you feel the sound of that? At his NYC apartment! Can you imagine our very own Southern African brother, trending in American tabloids, hiding from paparazzi, living in his own NYC apartment!! I love the sound of that! There’s certainly a one day for us all!

So our South African brother lands a lifetime opportunity in USA, begins to live a celebrity lifestyle in New York (zvake

) but could not connect with an African beauty…..I’m just asking kani nhai….. wouldn’t it have been a real fairytale story if he had then fallen in love with a South African black beauty and then they’d be representing us in NYC…..(I don’t mean the likes of Bonang coz eish avo magandanga

) I mean the likes of the last Miss South Africa who was crowned Miss Universe (Zozibini Tunzi) with her bald natural looks…just imagine it….picture this….they fall in love, then she goes to NYC and starts getting million dollar modeling endorsements, and they trend together as a power couple from Africa, and live happily ever after

….that beautiful movie would have been trending and gone viral

but that’s not the saying I’m after here, what I really want to say is, “Moyo muti unomera paunoda” (the heart is a tree it grows wherever it wants)…..anyway, him and Minka look beautiful together, and are a power couple anyway, so all the best to them…..anyhoo….bhati still….whaiii Trevor! Why have thou forsaken us

Do you think the black South African sisters feel a tad bit offended that he has bypassed them for an American white beauty? Do you remember the beautiful love story he shared with us about his own mother’s beautiful love affair with his white father during apartheid…they risked their lives to be together! Could this be the reason he is dating a white girl, instead of a black South African beauty? Perhaps he is trying to identify with the white part of his roots. Whatever the case maybe, love is love, has no age (she’s 40 and he’s 36) or race. We are certainly very happy for him and wish him all the best!

In these photos obtained by People Magazine, Minka and Trevor had several pieces of luggage, as well as Minka’s small dog, Freddy. At the end of August, a source told People magazine that Noah and Minka are “very serious.”

Trevor and Minka are yet to confirm their relationship, however, here’s what we know about Minka:

She’s a successful actress who has played Jackie Kennedy and a Charlie’s Angel.

Minka has had a long career in film and TV. She has appeared in Jane the Virgin, Parenthood and was one of the lead actresses in the Charlies Angels reboot. Minka’s most recent TV role was on the series The Titans.